Into the Ninth World

Into the Ninth World 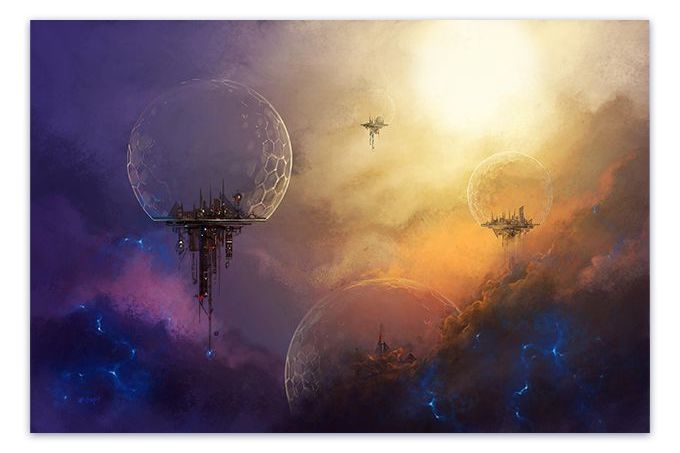 The weird thing about Numenera (if you’ll pardon the vague pun) is that if you have been playing it at all, there’s every chance you’ve already ventured into one of the realms covered by the current, already highly successful, Kickstarter.

Into the Ninth World proposes three sourcebooks considering outer space, under the sea and venturing into nearby dimensions.

If you have played some of the existing adventures you will almost definitely have gone to at least two of those already. The Devil’s Spine includes a whole section that takes the player characters into the depths of the ocean in search of a vital component of their quest. I think it was Vortex that offered the possibility of a quick nip into space. Or at least a location situated somewhere in outer space.

For my part, my last convention run of Numenera at UK Games Expo concluded in a para-dimensional space. That came about because of an entirely unrelated piece of news I came across that triggered off an adventure MacGuffin (I won’t go into detail because I’m definitely going to run this adventure again). The advent of The Strange has provided a wealth of dimension ideas that you could easily co-opt into the Ninth World, so there’s every chance you’ll have picked up Worlds Numberless and Strange and thought, ‘Hey, that’d be pretty cool in my Numenera game.’

To me it makes sense to have a pile of parallel dimensions pressing in hard against the Ninth World setting. In a world where past civilisations have manipulated the stars and the Earth, it seems obvious they would have mucked around with local dimensions, too. I have recently read the unrelated, but excellent, Aletheia that has a whole setting based around a small group of linked investigators faced with a mystery in a house that seems connected with dimensions beyond our ken. While it has a self-contained system, it could easily be the basis for a campaign of The Strange.

The great thing about the Cypher System is that you can quickly port the system over to any setting you choose. I have recently found that where once my immediate reaction to the question “What system would be good for this setting?” might have been to say Fate Accelerated or Savage World, I’m now having the Cypher System pop into my head. I hope that material from Into the Night – the first book that will come out of this new Kickstarter campaign – will provide some neat ideas around running not only Numenera in outer space but also any Cypher-driven game. 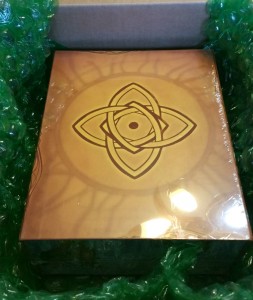 From the perspective of a backer on the Numenera Boxed Set, I back Into the Ninth World with the confidence that I will not have to wait aeons before fulfilment! It will actually be nice to have a smattering of books filtering through my letterbox over the coming year. When the Reliquary arrived yesterday – with a thud – I knew I would have some fun reading through all the card decks, extra Numenera materials and more. It’ll be even nicer knowing that after this new Kickstarter funds I will have a new book every few months over the next year – and they’ll arrive without hassle or excuse (unlike some other Kickstarters I don’t care to mention at the moment that seem constantly mired in jam or the primordial sludge of deathless aeons).

Anyway – I have backed this Kickstarter already. I’m looking forward to seeing where stretch goals take us – and I’m already planning on tinkering beyond the confines of the Ninth World in my Numenera games. If you have the urge to explore, you should probably go have a look yourself!