O is for Open / Closed

O is for Open / Closed 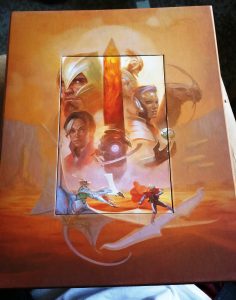 I ran a game of Cypher system this past weekend and I think I have found myself in a special sort of dilemma.

Up front and in the open, I love the Cypher system. I enjoy the level of simplicity and crunch that comes from a system that spends much of the time offering character options. The way the generation of characters ties into the background of the setting – well, I’m not claiming it’s perfect but it works for me.

The Cypher system itself is deceptively simple and I can see why that brings both fans and critics to the fore. You can create an encounter with an adversary in a moment because it boils down to a single number.

The Ravenous Argent of Blorn stands before you kitted out in layers of purple armor hefting a sword the size of a tree. His fetid breath rises in stringy curls of steam from the visor of his helmet. He’s a Level 5 adversary. What do you do?

No need to look him up – you need to overcome a Level 5 test to hit him, he has 15 Health and does 5 damage with a blow from his blade. He has a bad attitude, that means he’s Level 6 to persuade or intimidate; he’s lumbering, so you face just a Level 4 Speed test to avoid his ponderous swings.

That isn’t what I’m writing about, though.

What I found with the last couple of convention game is that providing your players with the information they need to play is hard.

You have two choices: open or closed.

Running open, you provide the players with a succinct character sheet and an open book to reference. This might be a Player’s Book or a cut-down version of one – listing the skills, abilities and powers. The character sheet says Dives for Cover and the reference book tells them what that means in play. With a table of five or six players, that means you either need several reference books or allow for extra time when people decide what to do next.

Anyone calculating initiative will certainly go out of the window, because it makes more sense to allow the first person to work out their action and how it works mechanically to act first.

Running closed, you provide the players with a character sheet that includes all the information about their abilities in one place. This means you don’t need any others references, so you can play the game closed book. No need for any player references or books – and the way I run the game, the GM only needs a quick reference or a scattering of Cypher, Weird and Intrusion Cards. You don’t experience the slowdown that comes with needing to share a book, but the character sheet contains a lot of information.

See the A|State character (some way below) – that’s a Tier 2 Cypher system character. I have jammed the information all on one side. Why? Because people often expect to see it all on one side. I played a game later on the same day after running this and got a shock when I turned my character sheet over and found a full page of character abilities beyond the stuff on the front. That freaked me out.

When I ran The A-Team with Cypher system, I attempted to do the same – collapsing the information down to a single side because when I ran with two-sided character sheets it actually seemed to confuse people and result in a ton of flipping back and forth. 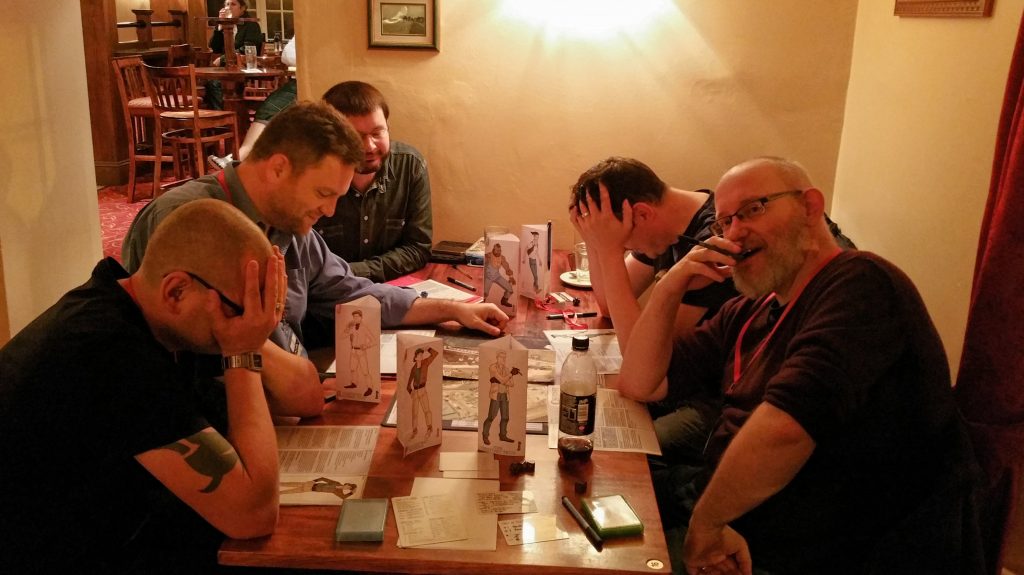 What Do You Do?

When you ask someone what their character will do in combat, I found they look to their sheet. Sometimes, they look like they’ve never seen it before – even if you offered them the chance to read them over at the start of the session and ask questions.

When I get a character sheet for the first time, I try to make notes. I quickly scan the content and see whether any abilities stand out – then make a note when they might matter or if abilities might string together. Later, if I sneak somewhere or disarm something, I know if my abilities will help and if I have a combo of skills and gear.

Both open and closed options for Cypher have left some players browsing like they’ve got Wikipedia in front of them and a tough essay question to handle. I desperately want to provide a way to boil the character options down in a way that doesn’t lead to that paralysis of options. Having played in a Pathfinder con game with a 15th-level character, I know what analysis-paralysis feels like – and it isn’t fun (at least, not for me).

A Cypher character can have a lot of options, but they don’t all matter and you can’t necessarily use them all the time. Maybe I need to organise the skills by their situational value? 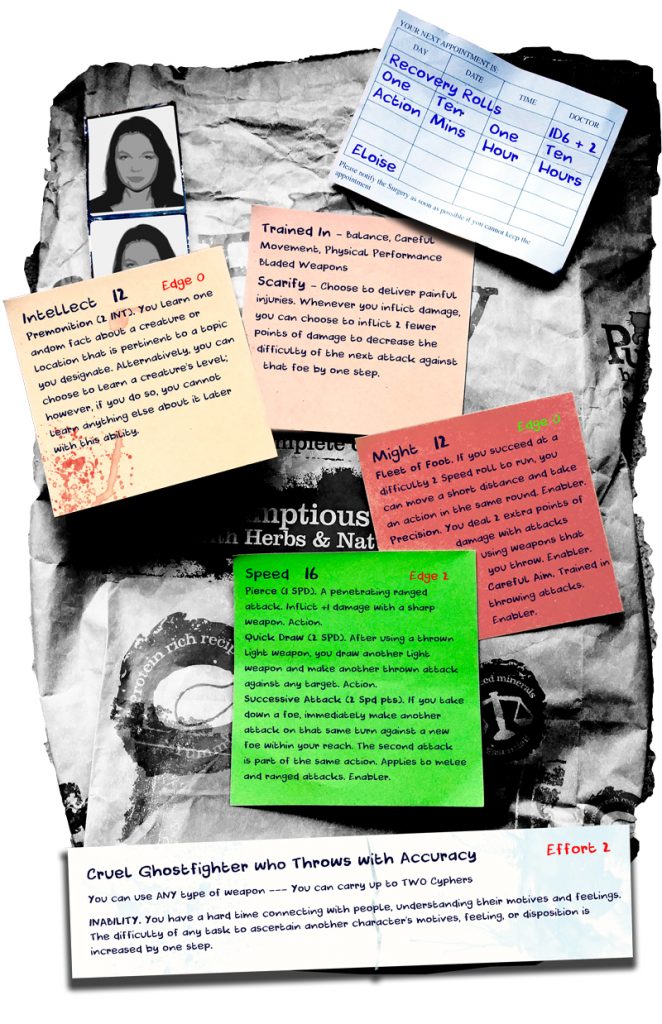 When you’re a Cruel Ghostfighter who Throws with Accuracy, what does that mean in a social situation or if you’re skirting through the shadows of an alleyway? Built from the skeleton of a Tier 2 Explorer, do any of these abilities and skills help if I want to climb a pile of packing boxes or survive a 50 foot fall into a fetid canal?

Player responds, “Wait… I’m not sure. Just need to scan through my character sheet again.”

I don’t actually have the answers. I’m just saying I have a dilemma and I need to give it some thought. I also have a lot of love for the Cypher system and know that I can do something to make it more accessible in 3-hour convention slot.