The Spectre of My Butt

The Spectre of My Butt 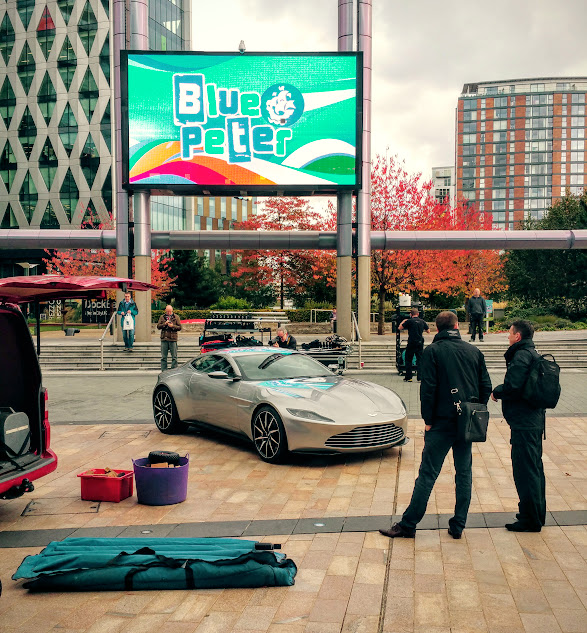 Today I judge my tolerance for new movies by the pain in my butt.

A fact of age, I suspect. I cannot tolerate the sit through anything if it means the discomfort of shifting from buttock to buttock. If I lose sensation in my behind and there’s nothing there to distract me, the diversion has failed.

On the plus side for the new James Bond movie, Spectre, it succeeded in the butt tolerance department.

At 148 minutes, plus the time it takes to get through the trailers and pre-movie advertising, I’m surprised more people don’t suffer from this sort of thing. I might judge, on the experience of my visit, that more people suffer from weak bladders than butt discomfort. The guy sat in front of me left his seat three times. My youngest son, twice. Not drinking from the buckets of coke on offer in the foyer seems to be a good plan.

I guess I should take the time to check out that website that offers an assessment of the best time to pee during the course of a movie. I can see when those moments were in hindsight now, but knowing in advance would at least offer me a lifeline. On the other hand, that isn’t my problem – I’m not big on the whole drinking a litre of fizzy beverage thing.

What did I think of this outing of James Bond in Spectre?

I liked it. I’m impressed by the fact that it didn’t feel like 148 minutes, despite some clear downtime in the midst of the story.

I read a review in advance – nothing too spoiler-laden – which held an opinion more severe than the one I hold now. Yesterday, I spoke with friends who saw it on Friday night and they seemed to have enjoyed it – though we did enforce a spoiler-free zone.

The casting of new character C, as noted in the first review I read, was silly. That I agree with. Unless you want to foreshadow the intentions of a character you should aim to select someone with a neutral acting career. If you want to surprise people’s expectations, by all means do so. However, if you play to their type as typified by their most prominent role, do so only on the basis that you want people to know.

The Day of the Dead set piece at the beginning was excellent, with a nice blend of action, explosions, fights, chases and humour (like the sofa). It felt like one fluid piece of filming, up to the point when things started to go wrong, but I might be mistaken. I liked that.

The other chases in Spectre proved to be quite satisfying. I liked the chase with the DB10 – again, with a nice blend of action, excitement, skill and humour. I felt some of the slick corner taking physically, gripping the arms of the cinema chair. The later chase, with Bond pursuing rather than pursued, had the right sense of the ridiculous that I associate with the Bond franchise, which I appreciate no end.

Sometimes, I felt that Spectre rode the coattails of other movies. I found myself thinking, “That happened in Kingsman

” or “That location reminds me of Inception

.” Of course, some of that recognition comes from the fact that other movies have themselves done the Bond thing, spinning off in an endless loop of pastiche. From the perspective of a movie-goer, I don’t feel that that’s a bad thing. The familiar makes you feel like you’re not constantly out in the cold or racing to catch up. A location that has a sense of being like somewhere else means you worry less about the place and more about your expectations of what might happen there.

Like a few movies of this genre, the grand plan didn’t necessarily stack up. Why do we so often find a villain at one moment hands-off and lurking in the shadows, and the next sitting front and centre like they feel the need to be in the command chair. Like the top brass in first World War, they should lead from behind, allowing the rank-and-file to take the brunt of the violence. If you can rely on any James Bond villain for something it has to be that weakness, the need to see Mr Bond suffer in person, rather than simply having a minion shoot him through the head at a distance.

The outcome, a fairly satisfying movie that didn’t leave me too crippled to walk. The 148 minutes that passed did so without my glancing at a watch or phone, and I come away with a generally good sense about the health of the franchise. If they had another ‘episode’ to offer right after Spectre, I would have gone right back in there.

By the end, everyone got the reward they deserved, including me. Bond will return, and I look forward to our next meeting.