The Importance of Being Urgent

The Importance of Being Urgent 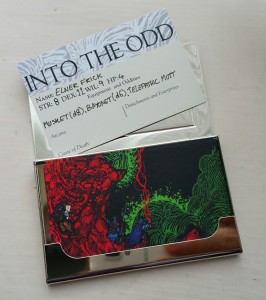 I’d say we have about two weeks before UK Games Expo.

By that estimate, I have a mere 336 hours or so to spend panicking.

It shouldn’t be that way. I mean, I have seen this coming for some time now. I have no excuse.

The adventures were submitted a long time ago. All five of them. I have been planning, with my wife, the stock we’ll be carrying on the All Rolled Up stand. We haven’t quite got the car packed just yet, but we don’t perceive any obstacles to our attendance in some semblance of order.

However, I can’t say that I have nothing to do. I can fret even with games where I have all things in hand.

Right now I face the following demands over the next fortnight:

The Blessing of St Agnes (5e Dungeons and Dragons) – I have the adventure sorted, so all I need to do is make sure I have enough pre-generated characters. I haven’t decided yet whether to spend time creating them myself from scratch – which would seem the better idea – or use some of those available online. Time will tell.

As it happens, my son got me Princes of the Apocalypse for my birthday – and one of the creatures in there caught my eyes as ideal. A fortuitous find.

Light of the Cadaver Blade (Into the Odd) – I have the adventure sketched out in my head, along with blurb, and will create characters at the table because it takes minutes (or less). I plan to have character sheets ‘printed’ out on wipeable cards. The characters have very few moving parts, so the player requires very little space to record details (indeed Chris – the author – has business cards printed with the sheets on them).

Deeply Observable (Numenera) – I intend to use a pack of pre-generated characters – as these gel fairly well as a team from the get go – and I have the adventure sorted more or less.

Update: I had a revelation about the plotline yesterday. Really like what struck me, and hope I can do it justice. I do enjoy these flashes of inspiration.

I think the key thing here will be working out the viable play space in the time allowed. As with any convention game, you need to account for the 4-hours you have to play with; allowing for character selection, an explanation of the rules, and some settling also eats into the time. I may need to run this one ahead of time if I can to ensure things fit.

Steel and Thunder (The Dee Sanction) – I ran this adventure before and should have another chance to run it before the event. Players create their characters in less than 30 seconds by drawing three cards from a deck – and I explain a bit about the way the game works as they do it. No need for much prep, though I will need to update my notes and player reference sheets. I have changed the way the game system works a bit after the last game, so I need to be prepared. I do need to sort out a physical map – and maybe some pictures.

Forged in Steel (TimeWatch) – I also ran this adventure, at the very same event as the one above. I will be using the official TimeWatch gang of pre-generated characters for this. I’m disappointed that the final version of the game won’t be available for the event – now set back until the end of 2015 – but, I have a rough copy to work from. I haven’t had any problems thus far. I also have some neat tokens and such for the game. One or two pictures would help set the tone.

Oh, and which All Rolled Up do I pack all my dice in?

No rest for the wicked (or the ill-prepared).